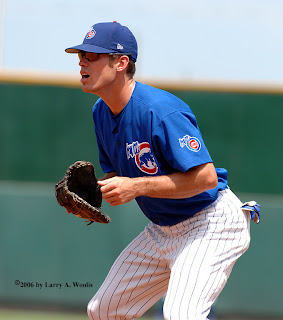 Likely to start season at: MLB
Should be in the majors by: /

At 29, some may consider Hoffpauir too old for this list. He's still considered a rookie in eligibility, though. Hoffpauir doesn't really fit in to the Cubs' plans defensively, but his bat should be a major boost off the bench this season for Lou Piniella. 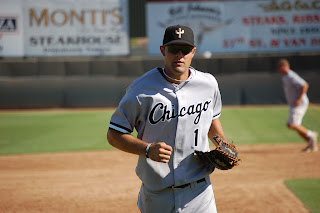 Likely to start season at: high-A
Should be in the majors be: 2011

The White Sox must have a thing for the Danks family. After trading for John, they drafted Jordan not once but twice. If he's nearly as good as his older brother, the Sox may have found their center fielder of the future. Jordan has all the tools you look for, he just needs to make sure it translates on the field. 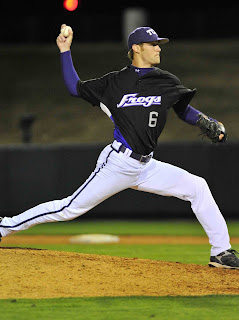 Likely to start season at: high-A
Should be in the majors by: 2011

Thought the Sox had the market cornered on re-drafting? Not quite. Cashner finally decided to play pro ball in 2008. He only needed to be drafted four times, twice by the North Siders. The righty projects as a late-innings reliever in the major leagues. Cashner gets bonus points on this list for talking to our old friend Zach Martin, too. We know how difficult that can be sometimes (hey-o!) 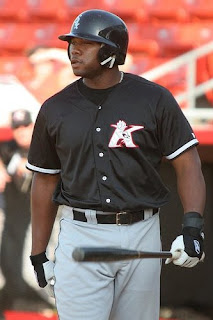 Allen has perhaps the best raw power in the Sox' system. He had a breakout season last year, and should be in the majors by the time Paul Konerko is ready to head out of town. 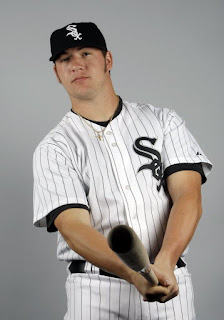 Likely to start season at: Double-A
Should be in the majors by: 2010

The top prize in the Javy Vazquez trade, Flowers appears to be the heir to AJ Pierzynski's throne. Sounds lovely, doesn't it? The only problem with Flowers is his defense. Scouts aren't sure if he can stick behind the plate. With great patience and power though, the Sox look to have found themselves another masher, wherever he plays on the diamond. 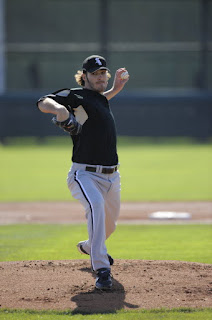 Likely to start season at: Triple-A, MLB
Should be in the majors by: 2009

Aaron Poreda throws a mean heater. That much we know. His success in the majors will hinge on his ability to develop secondary pitches and throw them for strikes. The lefty looks like he could break camp with the big league club this year as a specialist out of the pen. 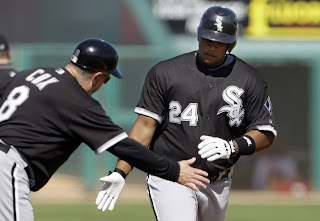 Viciedo is similar to Flowers in the sense that no one is sure if he can stick at third base, but his ability at the plate is unquestioned. Viciedo won't start 2009 in the majors, but if he mashes in the minors, he could quickly join fellow Cubans Alexei Ramirez and Jose Contreras in Chicago. 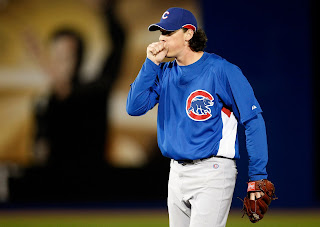 Likely to start season at: MLB
Should be in the majors by: /

Though he has been terrible this Spring (9.90 ERA), the future is still bright for Samardzija. He'll start off 2009 in the bullpen, but could find himself back in the rotation soon. 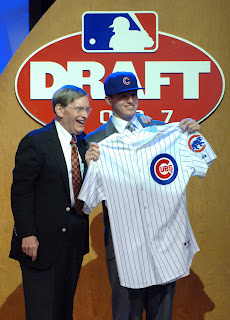 Likely to start season at: Double-A
Should be in the majors by: 2011

Vitters is still a long way away, no doubt. But Cubs fans have to be excited to have a prospect with a ceiling so high. No one wants to think about the third baseman of the future right now, not with Aramis Ramirez proving himself to be one of the best hitters in the National League in 2008, but if he continues to hit like he did last season in the minors, Vitters will be in Chicago before you know it. 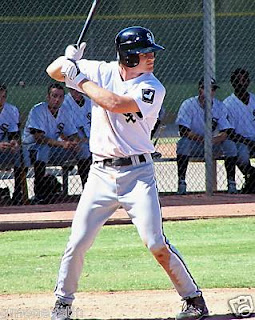 Likely to start season at: Double-A
Should be in the majors by: 2010

It's Gordon Beckham's world and we're all just livin' in it. Though he played only a handful of single-A games last season, Beckham - the eighth overall pick in the 2008 draft - has been so fantastic in Spring Training that he's threatening to break camp with the big league club this year. Even if he it takes one more year of seasoning, the Sox look like they picked a future star.

Nice list Ricky. While I love Aramis, I'm excited for the Josh Vitters era to begin. I remember hearing a story that the day he signed with the Cubs, he took BP with the team and was bombing balls out to Waveland.

I like the list, but Micah Hoffpauer isn't a prospect. I think Jeff Samardzija is too high; he's never had any success as a starter, even in college. It's really hard to find replacements or honorable mentions, guys like Tyler Colvin and Jeff Marquez are really flawed.