Tonight's matchup against the Miami Heat is the Bulls last game before the All-Star break. Again the Bulls will not be sending a representative to the All-Star Game and we're stuck in the hell that is mediocrity.

So what do we know about this team?

Taking a look at the numbers can help you answer that question, so here are the Top Ten Chicago Bulls First Half Stats. 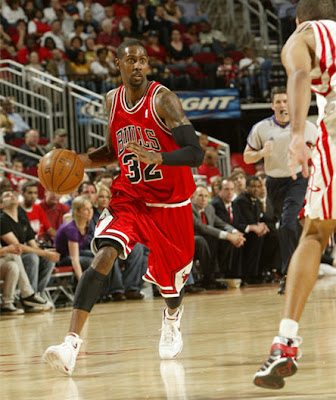 Counting tonight, Larry Hughes has missed the last 15 games of the season.


You had to know this is how the Hughes experiment in Chicago would end up.

Remember, we're talking about a guy who said that he'd rather be on a losing team averaging over 20 points a game than a role player for a good team.

Pax is going to have to perform a miracle to get this guy out of town. 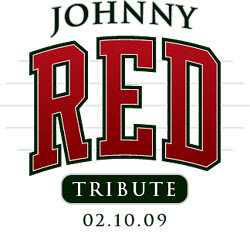 
'Big Red' is as much a part of this team's culture as the Bull itself is.

The ceremony held in his honor this week is something every Bulls fan should see at least once. 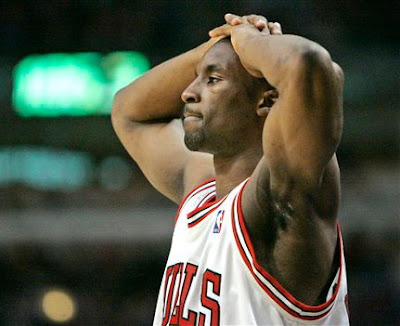 
Even more importantly, both came with only seconds remaining on the clock.

Gordon is one of the most frustrating players I can remember. On the one hand, he can score at will and when Gordon heats up it's lights out.

But on the other, he can't play defense and is one of the most selfish guys on the floor.

He needs a change of scenery, but ideally I think that Ben would be an unreal 6th man for team heading to the playoffs. 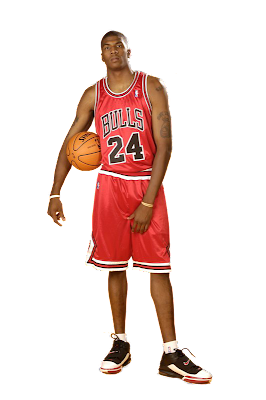 Points and rebounds Tyrus Thomas is averaging over the past four contests.


A little motivated by the trade rumors Ty-Riser?

No matter what the cause, it's nice to see Thomas produce like we had been hoping for since coming out of LSU. I'd still love to know who convinced him to become a spot up shooter, but his ability to rebound and finish at the rim is just what the Bulls need to make a second half push. 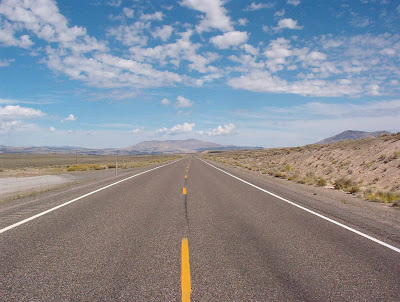 
The Bulls will never become an elite team until they learn how to win on the road.

There were some signs of improvement on their recent road trip, but not enough to be considered a playoff contender. 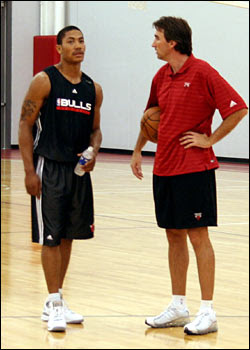 Total games Vinny Del Negro has coached vs. how many Mike D'Antoni has coached.


This really doesn't have anything to do with D'Antoni. It simply serves as a method of comparison to illustrate how inexperienced My Coach Vinny really is.

It's tough to watch him struggle through tight games, but even tougher to allow him time to learn.

But what I really want to know is how the Chicago Bulls head coaching job became such a joke in the NBA. We're talking about the last dynasty in the NBA, 6 World Championships, Michael Jordan, Scottie Pippen, etc...And we end up with a guy who's never even held a clipboard? 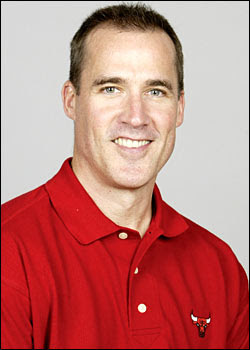 Total number of trades made by John Paxson.


At the start of the season, everyone knew that because the Bulls drafted Derrick Rose, Paxson would need to make a trade to clear up the backcourt.

Much has been made of his inability to pull the trigger even when the Golden Goose is in his cross hairs, so we'll leave that alone.

But if he wants to keep that job, Pax needs to make a move. 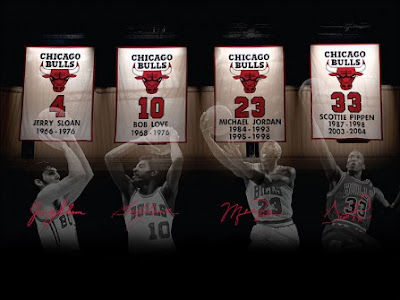 The Bulls are 2 games behind the Milwaukee Bucks for the 8th spot in the East.


You've got to love the East right?

The Milwaukee Bucks have lost Michael Redd for the season, Andrew Bogut for eight weeks, Luke Ridnour for 4 and are single-handedly keeping the Bulls playoff hopes alive.

It seems like the Bulls have perfected the art of backing into the playoffs and this year doesn't look to be any different. 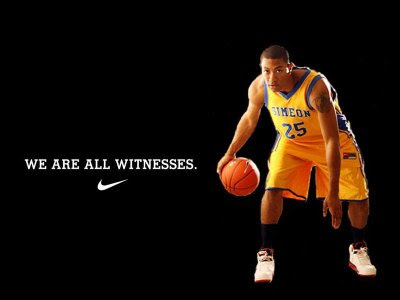 
How would you rate Derrick Rose's first half season in the NBA?

If you consider it anything less than impressive I implore you to explain to me why. Outside of a few rough patches here and there every rookie goes through, Rose has been the most consistent player on the team. His acceleration up the court is something that needs to be seen to be believed and that mid range jumper is starting to fall more consistently.

Derrick Rose is no joke, he's the real deal and we should all take a second and think about how this team would have been if that ping pong ball didn't bounce our way.

And in reality, this is about where I expected them to be. Rookie point guard, rookie coach, overpaid veterans, contract years, injuries included, I'm half surprised by that record.

There's a lot of work that needs to be done, but I'm not willing to tow the Bears kind of 'We're almost there' motto just yet. Pax desperately needs to clear some cap space, pull off some moves that compliment Rose and then we can get started.

Hang in there Bulls fans.
Posted by Matthew Olsen at 2:38 AM