Ed. note: In honor of the Sox signing Bartolo Colon, we're going to take a trip back in the time machine and give the Top Ten Chicago Fat Guys.

This list is best enjoyed while drinking a tall glass of chocolate syrup. 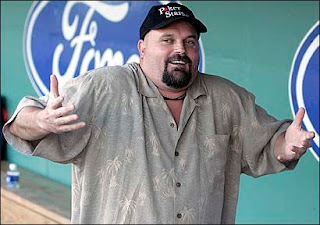 I don’t know what’s more surprising, the fact that Wells is possibly only the third most irritating person in the sports world nicknamed ‘Boomer’ (see: Esiason, Berman) or that he actually thinks he can pitch successfully in the majors in 2008. 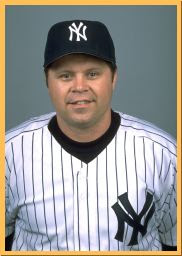 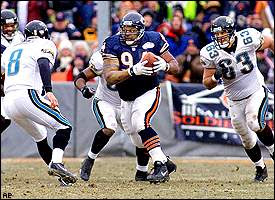 Damn YouTube. Video of Traylor’s 67 yard interception return in 2001 against the Jaguars, arguably one of the five funniest plays in sports history- is no where to be found on the site. 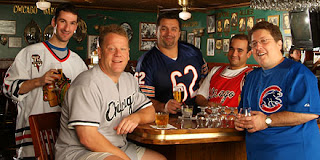 Arguably the city’s most popular radio crew, each member has a waistline as big as their opinions on Rex Grossman. 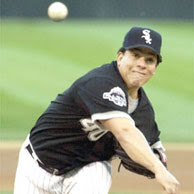 White Sox fans everywhere were horrified when news came out late last week that Colon was coming back to the South Side. Thankfully, Colon’s Sox will be a different color next season. Unfortunatlty for Boston, his dietary plan will still be the same.

ESPN’s Bill Simmons once joked that Sweetney was one more Big Mac away from playing in the NBDL. Unfortunately for Sweetney, he couldn’t even make it that far. Sweetney is currently out of basketball all together. His resume should just say ‘will play for chocolate’. 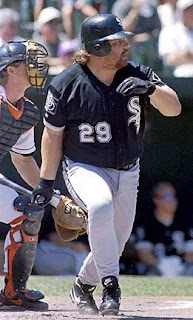 Kruk was a fan favorite everywhere he played, including his one season on the South Side, because of his ‘everyman’ status. If everyman looked like John Kruk, I would stop writing this list and immediately open a Taco Bell. 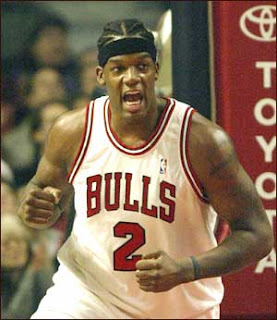 Two weeks ago, Eddy Curry’s former trainer sued him for breaching a contract on a loan. If anything, Curry should sue his trainer because he is such a fat slob. 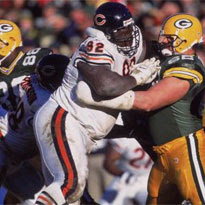 The best compliment anyone ever paid Washington in Chicago was that he was good at ‘keeping defenders off Urlacher’. That is just a kind way of saying he was simply too fat to be block by a single human. 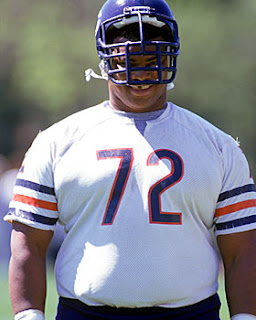 “They call me The Frige and I’m the rookie. I may be large, but I’m no dumb cookie.” I rest my case.

theo fluery is number 1 on the coke list c'mon Ricky, him or Probert...

ah, but you forget Crack "Rock" Raines...my all time favorite

Nice list. What about Mike "Spanky" LaValliere formerly of the White Sox? He was a classic fat ass, I can remember when he nearly died running from first to home, but he scored. Way to go Spanky! Or Curtis Enis, who was a first round running back out of Penn State, but later became a shitty fullback cuz he was a fat fuck worthless piece of shit!

This ass didn't do a list again. You guys all suk dik for getting rid of fred. I will continue to leave shit on da site til Fred returns or until there is a new post up on fridays. FREDDY! FREDDY! FREDDY! COME ON EVERYBODY!!

"theres no such thing as a pulled fat"