All the guys on this list have one thing in common: they all were big-time high school players from the Chicago area who had disappointing college careers. Guys who played in the NBA are excluded, otherwise Eddy Curry and Darius Miles (from East St. Louis) would be on this list. The cutoff was the mid-90’s, about the time when I started to follow high school basketball.

10. Dameon Mason- West Aurora Mason was the best player on a loaded West Aurora team that included Shaun Pruitt, Justin Cerasoli and Jay Thomas. After averaging 23 points and nine rebounds his senior year and finishing second in the voting for Illinois’ Mr. Basketball, Mason was a consensus top 40 national recruit. He had two decent years at Marquette before deciding to transfer to LSU, where he was never really heard from again.

9. Brian Carlwell- Proviso East Always considered a “project,” Carlwell never did develop the game to go with his great size and athleticism. Even though he averaged 19 points, 16 rebounds and six blocks his senior year at East, Carlwell mainly got by on just being bigger and stronger than anyone that he was matched up against. He played very little at Illinois, before he was seriously injured in a car accident. Carlwell transferred to San Diego State, where he redshirted this season. 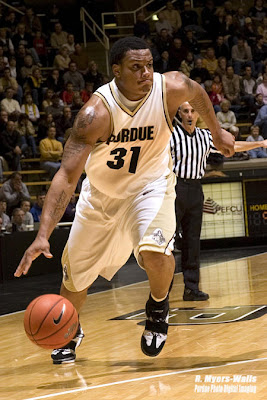 Minnoy, who was a co-MVP of the EA Sports Roundball Classic at the United Center, never really had a true position, as he was built like a linebacker but was only 6’3’’. He dominated inside at Hales, but had to adjust to playing more on the perimeter when he got to Purdue. Although he averaged 10 points his freshmen year at Purdue, a knee injury cut short his season. Minnoy ended up transferring to Central Michigan in 2007, but didn’t even play on the team this year.

7. Jimmy Sanders- Westinghouse
A 5’6’’ point guard, Sanders averaged 19 points and 10 assists his senior year and was first-team All-State his junior and senior years. DePaul wanted Sanders, but he didn’t qualify academically there, and was never really heard from again. Sanders was the first of a succession of small, quick point guards who starred at Westinghouse, with David and Martell Bailey coming a few years later. 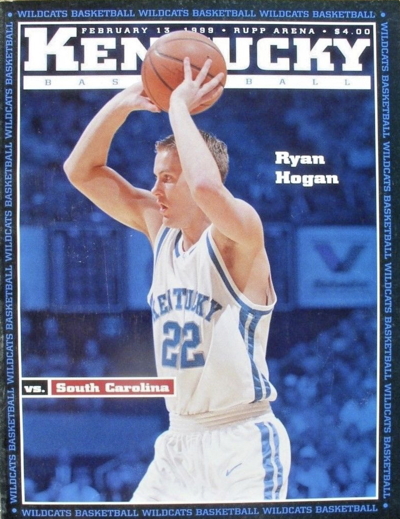 The sharpshooter scored over 2400 points during his career at Deerfield, and averaged 28 points per game as a senior. Hogan played sparingly as a freshman on the 1998 Kentucky championship team, and then transferred to Iowa one year later. He never averaged more than seven points a game in either of his two seasons with the Hawkeyes.

5. Jamarcus Ellis- Westinghouse A 6’5’’ swingman who can play three different positions, Ellis was considered by most to be the best player in the city his senior year, when he averaged 21 points, 13 rebounds and six assists. Ellis, who helped lead Westinghouse to a state title his sophomore year, spent two years at junior college before being recruited by Kelvin Sampson to Indiana, where he started most of last year. When Sampson got shown the door, so did Ellis. Earlier this fall, former Hoosier Eric Gordon said drugs wrecked Indiana’s season last year. It’s believed that the two biggest culprits were Ellis and former high school teammate DeAndre Thomas.

4. Pierre Pierce- Westmont I remember watching Pierce play downstate his senior year at Westmont, and was amazed at his ability to score (even though he was doing it against Class A competition). Pierce averaged a ridiculous 35 points per game his senior year. While at Iowa, Pierce became one of the Big Ten’s best players by his junior year, before his season and ultimately his career was cut short by legal troubles. Midway through his junior year, a disturbance was investigated at the home of a woman Pierce had been dating. He allegedly choked her and threatened her with a knife after an argument over her new boyfriend. Pierce was soon dismissed from the basketball team and sentenced to two years in an Iowa correctional facility.

3. Imari Sawyer- King A dynamic scoring guard, Sawyer averaged 31 points and 12 assists his senior year. Coming out of King, Sawyer was considered a top 20 national recruit. He went on to play two years at DePaul, even averaging 11 points as a sophomore, but off the court problems and suspensions caused him to not return for his junior year. This is a Sports Illustrated story on how Sawyer was going to restore greatness to the DePaul program.

2. Leon Smith- King If they had the one-year in college rule back in 1999, Smith might not have gone down as perhaps the worst first-round pick in NBA history. At King, Smith was a monster, averaging 25 points and 13 rebounds his senior year. Smith clearly didn’t have the right guidance when he bypassed college for the draft, where he was taken by Dallas with the 29th overall pick. Before ever playing a game for the Mavs, he was released after spending several weeks in a psychiatric ward after swallowing 250 aspirin tablets.

1. Ronnie Fields- Farragut Fields averaged 34 points, 12 rebounds, four assists, four blocks and four steals his senior year and was a consensus First-Team All American. He also had a reported 50-inch vertical leap. After signing a letter of intent to play at DePaul, Fields was later ruled academically ineligible. A sure-fire NBA lottery pick while at Farragut, Fields never made it to the pros, and has bounced around for 15 different teams, including stops in the CBA, Venezuela, Turkey and Greece. On a side note, how did a high school team with Fields, Kevin Garnett, and Michael Wright, who would go on to star at Arizona, not make it downstate?
Posted by Danny Sheridan at 12:52 AM

Oh my god Danny...Brian Carlwell! Really!? Hilarious - yes - but if you're being serious this just proves you're one cold mother trucker.

Anytime you can work Ronnie Fields into a list is fine by me.

That dude could jump over a conversion van.

Sheridan,
I'll give you credit, this list took some guts.

Didn't Ronnie Fields have a bad accident as well?

Nice list. Ya Ronnie Fields broke his neck late in his senior year during a car crash. I will never forget the story of my buddy getting this jumper thrown five rows into the Proviso East stands when he tried to cross Carlwell.

You could make an argument that DeAndre Thomas could have been on the list. He was the most unstoppable player during that 2005 City tournament. And you wonder what he could have become with a physician in his life.

Wanted to ask how a McDonald's All-American who never did anything on the court didn't make the top 5.

Although Farragut made it downstate in 95 and lost to Thornton in the quarterfinals.