Top ten positions the Bears will target in the draft

Yeah, another Bears post. This is what happens when your favorite basketball team is coached by Vinny Del Negro. 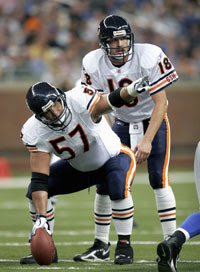 Best of the bunch: Alex Mack
We suggest: ???

At 31, Kruetz - long viewed on this site as Chicago's most overrated "star" - isn't getting any younger. There isn't much depth behind him, either. A mid to late round draft could give the Bears some added insurance at center. 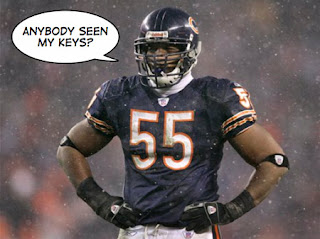 Best of the bunch: Aaron Curry
We suggest: DeAndre Levy (Rd. 3 or 4)


Nick Roach made some strides last year at strong side linebacker, but the Bears could add some more depth with a mid to late round pick. The Bears love using fast linebackers on special teams, as well. That department took a bit of a hit last season without Brandon Ayanbadejo. 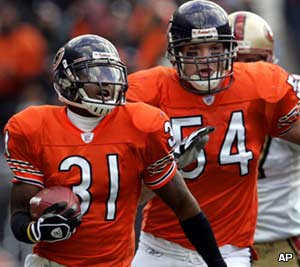 Corner always seems to be a question mark for the Bears. Charles Tillman and Nate Vasher are among the league's best sets of corners when healthy, but that's been a major issue lately. And no one even knows if Vasher will be back with the team next year. Corey Graham looked okay in 2008, and Zack Bowman showed some promise in limited action. But the Bears could still add depth, and maybe even a starter. Could they be tempted by Illini corner Vontae Davis if he's still around at No. 18? 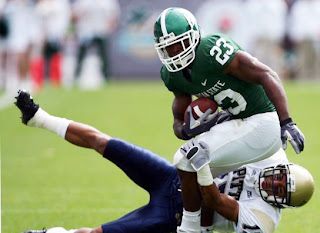 Best of the bunch: Knowshon Moreno

Matt Forte was a revelation as a rookie last season, but if the Bears want him to last, they can't give him so many touches. Running backs are known to have short shelf lives as is; the Bears can't burn Forte out too early. Michigan State's Javon Ringer would seem nice compliment. 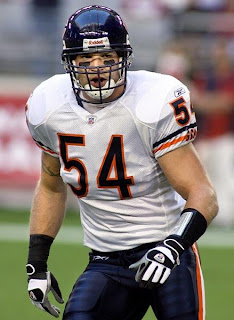 Best of the bunch: Rey Maualuga
We suggest: Gerald McRath (Rd. 3 or 4)

I still love Brian Urlacher more than most - as far as superstars go, he seems to have burned the most bridges here since Frank Thomas - but he's getting a bit old and his play is clearly declining. ESPN's depth chart for the Bears doesn't even list a backup for Urlacher. They could use some depth there in the form of a mid round pick. 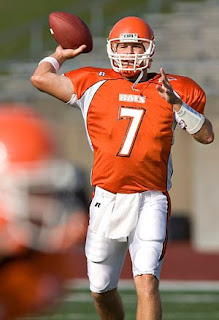 The Bears caught a lot of flack for not taking a quarterback last season in the draft. This year they may be forced to. I will say that I'm down with Danny's plan to bring in a veteran backup like Jeff Garcia, but adding a young signal caller is just as essential. Sorry, I'm not buying into the Caleb Hanie hype like most of Chicago. 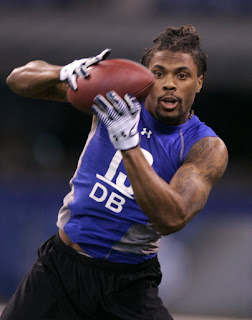 Best of the bunch: Louis Delmas

TTCS was originally infatuated with USC's Taylor Mays, but he didn't come out. Still, the Bears could look to add a safety as early as the second round. Since Kevin Payne played alright last year at strong safety, free safety would seem to be more of a necessity. Western Michigan's Delmas is widely considered the best in the class, and could be a nice addition to the Bears' secondary if he's available in the second round. 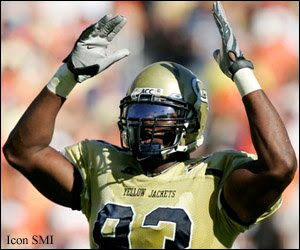 Best of the bunch: Brian Orakpo

Much of the Bears fails last year happened because they couldn't generate a consistent pass rush. That can be pinned on the scheme, but also on a lack of production from Adewale Ogunleye and Mark Anderson. They'll be a couple intriguing options in the first round if the Bears decide to go with a defensive end. According to the Sun-Times Brad Biggs' Bears blog, the Bears were present at the Georgia Tech pro day to watch Michael Johnson. He's built as a boom-or-bust guy with great athleticism and worries about his work ethic. LSU's Tyson Jackson and NIU's Larry English could be options as well. 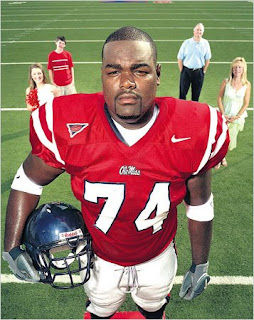 Last year's first round pick Chris Williams is expected to fill in at left tackle next year, but the Bears now have a hole on the right side because of the sudden expected retirement of John Tait. They're going to need a tackle somewhere in this draft, whether they resign John St. Clair or not. If St. Clair goes, it becomes likely the Bears use another first rounder on a tackle. Michael Oher, who gained famed when his life was chronicled in the Michael Lewis book "The Blind Side", could be an intriguing option. 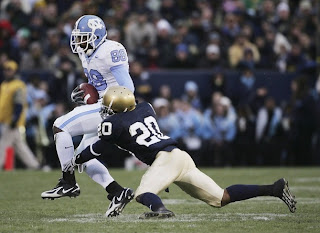 Best of the bunch: Michael Crabtree

The Bears most pressing need is clearly at wide receiver. I think they should bring in a veteran - Torry Holt sure would be nice - and add a rookie with one of their top two picks. North Carolina's Hakeem Nicks is projected to go in the mid-to-late first round, and has been drawing comparisons to Michael Irvin. I think he'd be a natural fit on the Bears. The Bears are also said to have interest in Maryland's Darrius Heyward-Bey, who reminds me of Bernard Berrian.

In case you're not familiar with Nicks, maybe you remember watching this catch on ESPN over and over:

Remind us what sport is going to be starting up regular season games real soon. Is it football? Don't think that it is. But yet, that's all we're hearing about on this site. Give me the ten best guys that are gonna make the cut on opening day. Or the ten guys who are going to triple a but will be back in the bigs after their managers realize what they got. Enough of who should be drafted, how this team will do in the draft or where Brian Fucking Urlacher should be playing this season. Now, I understand that the draft is very important, but so is spring training.

The O.D. delivers yet again.

However, do you really think it's a good idea to draft a wide receiver in the first round?

I think I may know of someone who has a strong opinion on the matter.

Thanks for posting this list. For as cryptic as the Bears organization is, any objective analysis is great. As for the excitement of baseball, the "Steroids and Snoring" season is upon us.

I cannot believe both you and Danny for making it look like the Bears should go out and take a wide receiver when there is more free agent talent at the position than there has been maybe ever.

If something is sudden, would it not be un-expected?

Like, "John had a sudden heart attack. How un-expected."

Sudden expected makes no sense at all.

And if you want to brush it off as a mistake because you were cruising along so quick on the list, perhaps you should read the damn thing before you click post. Just a suggestion.

I said "sudden expected" because it was reported that he is supposed to retire. No one expected him to retire, which is why it is sudden. But it didn't happen yet, which is why it's expected. Eat it.