Top ten White Sox with something to prove in Spring Training

You jerks tore me apart last week, so say something nice or I'm quitting. 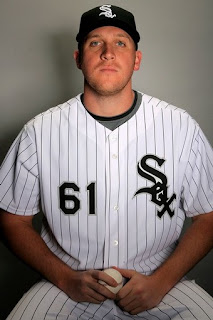 Link, acquired from the Padres in the Rob Mackowiak trade of 2007, was quite awesome serving as the closer for the AA Birmingham Barons last year. He proved he had the stuff to strike guys out and induce ground balls. The only thing a tad troubling was his walk rate. Still, the Sox' bullpen lacks great depth (don't they all), so if Link performs well this Spring and beyond, it'd be a major boost for the Sox. 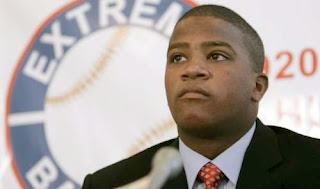 Viciedo comes in only at No. 9, because, well, the Sox' success in 2009 shouldn't really hinge on him. He's still so young. But Alexei Ramirez set a rather high precedent last year for his Cuban buddy, so some expect big things from Viciedo ASAP. He wasted no time going yard early this Spring, but it looks like he may be more of a butcher than Josh Fields at third. Viciedo's future is probably as the Sox first baseman in 2010 (with Paulie acting as DH), but I never thought Alexei would have mashed the way he did as a rook (albeit a much older one), so, who knows, maybe Viciedo is a starter on the South Side before we know it. 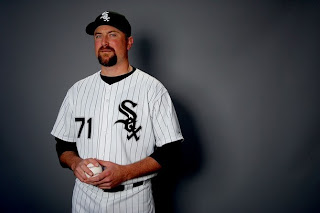 Aramis Ramirez's walkoff homer in Wrigley seemed to be the beginning of the end last year for Linebrink. He started off hot, acting as the ideal setup man for Bobby Jenks. But after A-Ram's dinger, Linebrink struggled and then eventually got hurt. The Sox pay Linebrink quite handsomely, and he's entering only the second season in a four year contract. He needs to have to prove he can again be a top notch setup man again this Spring. He's said to be adding spliter to his arsenal, so maybe that'll help. 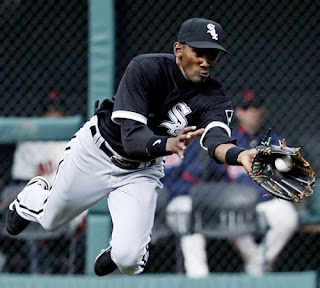 Whoa, whoa, whoa, hear me out first bros before you spit your venom in the comments section. All the individual defensive metrics rated Alexei one of the worst defensive second basemen in the majors last year. He looked pretty good to me and you from afar, but who are we to argue with math and science? Alexei appears on this list not for his bat, but for his glove. Moving an awful defensive second baseman to shortstop doesn't seem like a smart move, but Che has been drawing rave reviews from his manager all offseason. Oz may know a thing or two about playing the position. 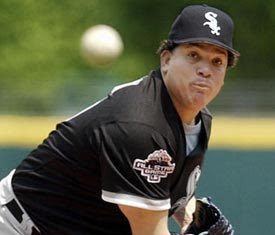 Low risk, high reward. That's probably the best way to describe the Sox' one-year, $1 or 2 million deal to bring Colon back to the South Side this offseason. But is it really? Consider that most didn't expect Jose Contreras back til way after the All-Star break (though he's making those people eat their words now, it appears), and that the Sox have basically zero major league experience or high upside prospects behind the big three of Danks-Buehrle- Floyd in the rotation. Yeah, the AL Central could very well be determined by the backend of the Sox' rotation in 2009. Maybe not trading Jermaine Dye for another starter was a mistake. Who knows. It all comes down to Colon. The Sox will be counting on him heavily this year. 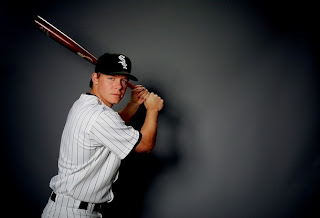 Tiny and white with a swing that draws rave reviews, why, have the Sox found their very own Dustin Pedroia? Um, not so fast. I don't think anyone sees an MVP in Getz's future, but that doesn't mean he's not expected to hit as a rookie. Gets should be a high AVG/OBP guy, which would do wonders for the future of the top of the Sox' order. At first, he'll probably start off in the eight or nine hole until he proves his worth, though. Think Ryan Theriot with a tad more power.

I'm rather high on Getz, but I just hope he doesn't fall on his face out of the gates because he has top prospect Gordon Beckham breathing down his neck. Ideally, if Getz can hit this year, the middle of the Sox' D could have Beckham and Getz as the double play combo with Alexei patrolling center field in 2010. 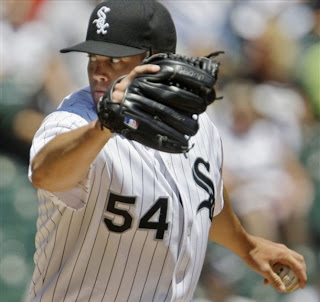 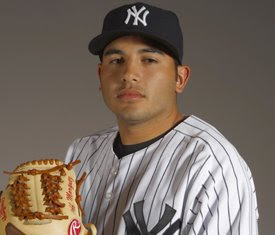 Colon and the incredible Jose Contreras are the two guys the Sox would like to fill out the backend of the rotation, but it's likely that Marquez and/or Richard will get a bunch of starts this season. The two enter 2009 with completely different public perceptions: the fans were calling for Richard to make a postseason start over Javy Vazquez last year, and they were pulling their hair out when Marquez was the best player the Nick Swisher trade could yield. Neither of these dudes seem destined to be stars, but if at least one of them can turn into an innings eater with an ERA around 5.00, I think the Sox would be quite pleased.

Perhaps Jack Egbert should be in this mix too, after a strong showing in the Sox' first televised Spring game on Sunday. 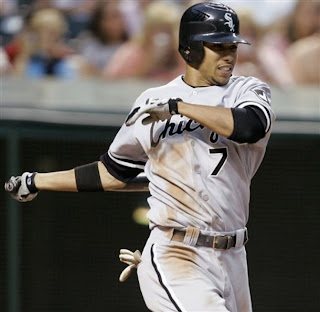 LEADOFF HITTER IS NOT A POSITION.

Yes, yes, yes, we know. But the pickings are slim for the Sox when it comes to the first spot in the order, so they're praying Owens can do enough to fill it. One thing far outweighs anything else when it comes to hitting leadoff: on-base percentage. Owens has proven in his roughly 13 minor league seasons - seriously, he's 28! There's a Freddy Church joke in here somewhere but I'm just going to leave it alone - that he'll never be all that patient at the plate. So that means Owens' OBP will be heavily batting average dependent. A .285./.330 line may be a bit of a stretch, but that's probably best case scenario for Owens. It still wouldn't even be league average for leadoff men, but at least it'd be sort of acceptable. If Owens can hit that mark, the Sox can be pretty good. Of course, if it were up to me and most other Sox fans, the center field job would go to Brian Anderson. But then you have.....AJ hitting leadoff? He's not exactly fond of OBP either. So yeah: give Owens a shot if he earns one in camp, just make sure the leash isn't too long. 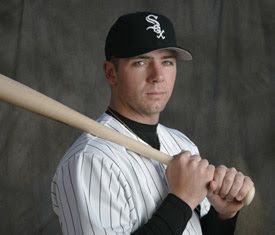 Look at the run producers in the middle of the Sox' order: three of the big ones (Thome, Dye, Konerko) could be entering their last season on the South Side. There was a time two years ago when Fields seemed destined to be an heir apparent for one of those middle of the order slots, but an all around disasterous 2008 really put a crimp in those plans. Still, the man hit 23 dongs in just 373 at bats two years ago. So maybe there is hope for him. At 27, Fields is another guy that probably won't have a very long leash - particuarly if he continues to be a butcher at third and if Viciedo starts raking early - but the Sox' future is sort of dependent on him. Best case scenario? .275/.335, 28 homers. The Sox are probably as good as any team in the division as is, but if Fields comes close to that line, it'd be a huge boost for the team's present and future.

This is a subpar entry into the Top 10 archives. I am consistently disappointed in the quality of this blog and its editorial decisions. For once was the time that I came here to learn about Chicago sports and arbitrary rankings, but no longer do I consider it a credible source for information.

That said, I love the Cubs, Blackhawks and tits!

SO....should I or should I NOT take Dayan Viciedo in my keeper league draft this year? It is a very deep draft, so it's not like I'd spend an early round pick on him. More like 18th or 19th round probably.

I would think that somewhere in the discussion are Jayson Nix and Brent Lillibridge, both full of potential yet castoff by their prior clubs. Either could pass up Getz and both have more MLB time than he does.

Hey Johnny Q Chicago Douche, if you're going to say it's a subpar entry than tell us why.

If you're just here to come off as ignorant, you have succeeded tremendously.

Nice job ricky, though I was looking forward to reading about the top ten sunflower seed eaters. To Chip Ramsey, I think those two were excluded from the list on the basis that neither are going to be opening-day starters nor did the Sox pay a lot of money for their services. I think both have decent futures, especially Nix, who the Rockies were drooling over a year ago at this time.