Ed. note: This list was written back in October, but due to some technical difficulties, we're re-gifting it to today.

So disregard reason #5 as Savvy lost his job just after this was written. Otherwise, GO HAWKS!

This was once, and still is, one of the greatest hockey cities in the country. The Blackhawks are a cornerstone of the league and are one of the original six franchises in the NHL.

Yet, hockey in Chicago has fallen on some hard times, leaving fans with nothing but memories of the days of Belfour, Mikita and Hull.

But this year's Chicago Blackhawks team is ready to ascend to the upper echelons and bring the hallowed hockey city of Chicago with them on a run for the Stanley Cup. 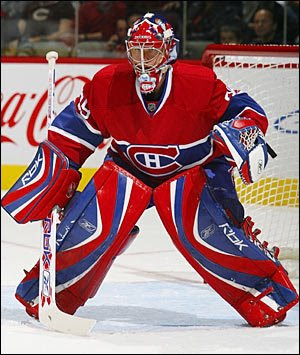 He has gotten off to a pretty rocky start so far, but Huet should be an upgrade over the aging and untradeable Nikolai Khabibulin.

The importance of a solid goalie cannot be overstated and he's going to have to perform up to those lofty standards that accompany his $22.4 million contract. 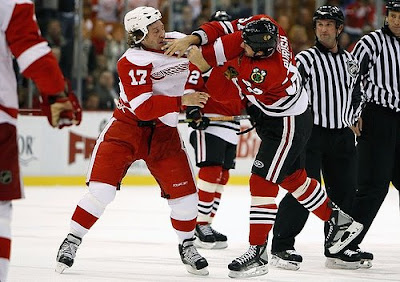 If you're the type of fan that loves a good old fashioned, gloves off hockey fight, this is the guy you want to keep your eye on.

Burish embraces the role of the Hawks enforcer whole heartedly and won't back down from a fight under any circumstances. Every team needs an Adam Burish and if you're interested in hearing about the NHL from his perspective, check out his blog, "Gloves Off" over at the Sun-Times.

His latest post: Why We Fight in the NHL.

Unfortunately for hockey, the game itself never really translated to television and was difficult to watch for the casual observer.

Things have changed drastically in this regard now that High Defnition TV has entered the picture. You can follow the puck wherever it goes and the game is incredibly easy to follow. I'm convinced that HD was created specifically for sports and this only illustrates my point even further.


Let's face it. The old man was off his rocker.

Refusing to televise Blackhawks' home games was the most backward thinking and illogical thing any man in sports has ever done.

Now with every single one of their 82 games on TV, you can follow the Hawks every step of the way. 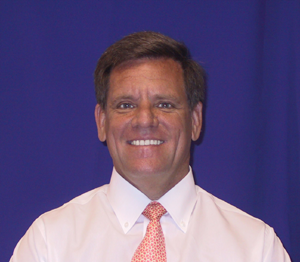 Alright, not exactly new owners, but pretty close to it.

Rocky Wirtz is everything his old man wasn't: personable, willing to spend and willing to admit the past twenty years of Blackhawks hockey has been unacceptable.

Hiring Jon McDonough was a stroke of genius and will pay dividends in terms of bringing this franchise back to the heights it once resided. 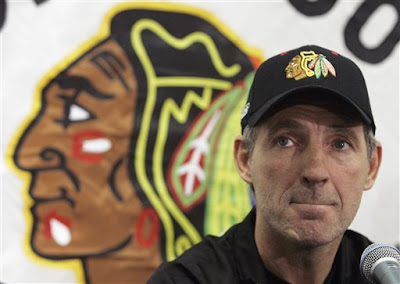 Being a former Blackhawks center, Savard understands the tradition and principles this team is built upon. With Savard at the helm, this Hawks team has a wealth of knowledge and expertise at their disposal in their coach.

4. Pat Foley is back 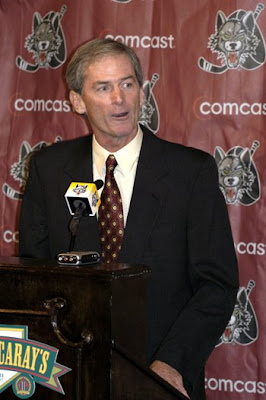 This kind of reminds me of Steve Stone's return to the Chicago baseball scene. Even though I'm a die hard Sox fan, Steve Stone is the voice of baseball to me.

And the same is true with Pat Foley, he is the voice of hockey in Chicago.

After an ugly breakup with the Hawks, Foley is now back calling their games and longtime fans everywhere couldn't be more excited about it. 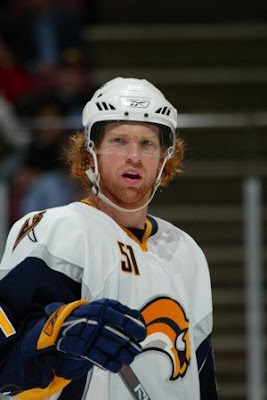 He'll help to get the puck out of the Hawks' zone quickly, translating into more goal production.

It's still unusual to think of the Hawks as a team that is willing to spend money on good players.

But it's essential for a competing team to do so and the Hawks stepped up when they picked up Campbell.

Let's just hope it pays off in a big way. 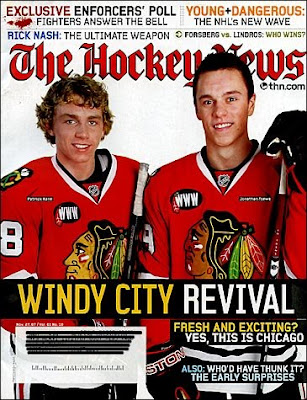 The Hawks have two of the best young talents in the NHL and it's time you took notice.

Kane is fresh off winning The Calder Trophy (Rookie of the Year) and is capable of pulling off an impossible pass or jaw dropping goal at any given moment.

Toews is the third youngest captain in team history and ended his rookie campaign as the team's heart and soul.

With these two young men in the fold, the Blackhawks future is certainly looking bright. 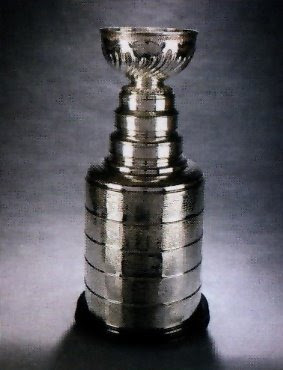 This team full of youngsters just missed making the playoffs in 2007. Because of last year's success, the Hawks have a world of expectations on their shoulders and anything short of a playoff appearance for the first time since 2002 would be a huge disappointment.

Pundits nationwide have been anointing the Hawks as the upcoming team in the NHL and if they do happen to make the playoffs, the sleeping giant that is Chicago hockey will be awakened and ready to do damage.
Posted by Matthew Olsen at 2:00 AM

Although I hate Huet already. Too many soft goals. He let two through the five-hole in one shootout! Unacceptable.

Baseball is over, Bulls are (still) miserable, and it's either the Blackhawks or waiting for the Bears to disappoint you once again.

remind me why hockey matters?

#5...this was up for one day before the Hawks canned his ass. Put the entire starting 5 for the Bulls on a list so you can get them fires too.

Has that new "Friday" kid written a post since Fred left?? Fred might have sucked but @ least he put shit up. This new friday guy sux. Bring back fred.

you've got to be kidding me about bringing back Freddy Church. Be careful what you wish for.

Watched the game (home game that is) last night from the comfort of my sectional. That's one reason to commit to the Indian. Second, I heard fans cheering after the Hawks killed a 6 minute penalty. WOW! The real hockey fans are back. Third reason to commit, the Hawks actually have an offense, can kill pentalies, and are hitting hard. Just want to hear Pat Foley say "And Bannerman with save!" and relive the playoff excitement again.