Top Ten Reasons the Celtics will beat the Bulls tonight

Edit Note: About a week ago GHABBY over at Mass Hysteria approached me about doing a Top Ten list about the Celts/Bulls game tonight. At first I was hesitant, because he is a horrible person, but eventually I agreed to his request. Here is his best take at a Top Ten list. I am sorry. Do not worry, we got our revenge.


I generally have had little quarrel with the fine city of Chicago over my years. You gave this world Vince Vaughn and Bill Murray, Hugh Hefner and Kanye West, John Cusack and Billy Corgan. Colt Cabana, Matt Classic and Scotty Goldman are my three favorite wrestlers. And seriously guys, we really couldn't thank you enough for that Obama guy. Props on that dude.

But when it comes to sports, general awesomeness, and specifically tonight's epic battle between the Celtics and Bulls, Boston has it all over Chicago. So in the fine tradition of your grand website (and as a cheap plug for mine), I present to you, the Top Ten Reasons the Celtics will beat the Bulls tonight:

10. As revenge for Super Bowl XX

What, you don't think we forgot, did you? How many Super Bowls have you won since the "Shufflin Crew?" Oh, none? That's too bad, really. No, I'm really sorry. I feel just awful. That must be so hard for you. Our football team? Just three Super Bowl rings since then, one perfect season, and five Super Bowl appearances. Oh, and two World Series rings and one NBA Championship too for our other teams. Speaking of, how are those Cubbies doing? Still haven't won? Like at all? Aw, that's a shame, good luck to you guys, really. 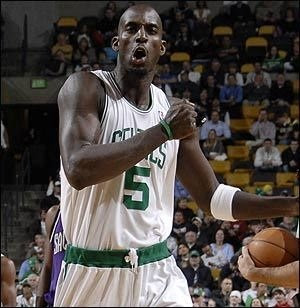 He strikes fear into the heart of Freddy Krueger. He spooked Saddam Hussein out of his underground lair. He once shot a cursory glance at Ben Bernanke, and the economy has never been the same. He can make Randy Couture tap out by using only mind and two small tendons in his left pinkie. He once pounded his chest and it caused a tidal wave in China. Simply put, Kevin Garnett (the pride of your Farragut Academy) simply wills things to happen, and he has willed the Celtics not to lose, ever this season. The world, frightened by the intensity of this great man, has yet to argue otherwise. 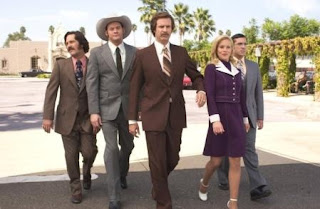 Our accents, while considered obnoxious by some, at least have some semblance of character. I can tell immediately if someone is from the Cape or the North Shore, from Everett or Melrose, from Southie or Springfield. You, meanwhile, all sound like you're trying out for the Channel 7 newscast.

Yeah, I said it. For all of your "Derrick Rose for ROY" and "Derrick Rose is the next Chris Paul" talk, right now, your hometown prodigy isn't the player that our fourth-best offensive option is. Eventually, he might (and probably will) be, but for now, I'd take Rondo over Rose. Rajon has been developing like Topanga this season, and has shut down the likes of Deron Williams, Allen Iverson, and Brandon Roy this season. Pardon me if I'm none too worried about a point who just got outplayed by D.J. Augustin .

6. Chicago is where Gators go to die

As often voiced at Mass Hysteria, I love my Florida Gators more than should be legally allowed, to the point where, when asked by my girlfriend if I loved her more than Tim Tebow, I responded "well honey, you don't have a Heisman, now do you?" That said, I can recognize that Chicago is where Gators go to die. Rex Grossman. Joakim Noah. Chris Leak. That Football Coach Who Shall Not Be Named. Please, please don't end up drafting Brandon Spikes or Percy Harvin this year and ruin them too, okay? 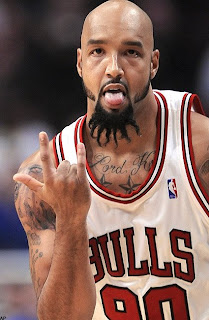 Unholy, unwieldy and unkempt. Nothing that even looks remotely like this should be associated with a victory of any kind.

Boston gave this world Sam Adams beer, and God saw that it was good. And then He gave us Harpoon and Ipswich Ale and Magic Hat and even Woodchuck Cider for those of us sans pancrei who therefore must drink high-alcohol, low carbohydrate beverages to get our drank on. All of which are brewed in the greater New England area, whereas Chicago has…Schlitz? Really? That's it? 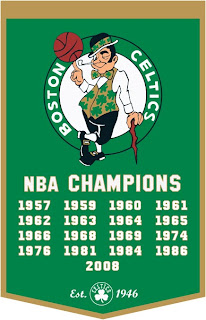 Seventeen to six. Did you realize that nearly one out of every four NBA Championships has been won by the Celtics? I sure do! And most of ours came at a time when Men were Men and no one guarded Wilt out of fear of catching VD. Our legendary coach smoked cigars and ate Chinese Food, while yours handed out self-help books and grew out his soul patch. Also, none of our championships involved Dennis Rodman, Will Perdue or Scottie Pippen's nose, which somehow points in all four cardinal directions. Oh, and while you were waiting on bouncing lottery balls last summer, we were winning Yet Another Championship. History, both ancient and recent, is on the C's side. I saved #2 for the self-admitted "Second City." It's like your entire city shares a deep-seeded inferiority complex and an unhealthy collective Daddy Issue when compared to New York, something which I as a Bostonian can't possibly fathom. We take great pride in expressing our superiority over NYC at every turn. Our colleges and universities are better. Our food and drink is more tasty. Our politicians are more fantastically corrupt. Our public transportation system is less complicated. We didn't kill all of our homeless people like Giuliani did. In fact, if anyone dare compares us to New Yorkers, be they our men or women, they often walk away with a broken orbital bone. Oh, and our "First" city, um, started America and stuff, so, like, you're welcome. 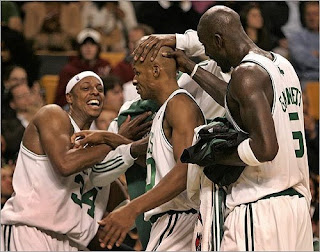 Let me repeat that, for it bears repeating. Twenty-four wins, two losses. That's a .923 winning percentage. A 16-game winning streak. A bench deeper than the Mariana Trench. The indomitable will of Paul Pierce. KG. Leon Powe's overwhelming Leon Powe-ness. Ray Allen's silky-smooth jumper. I mean, seriously, you don't really expect to win tonight, do you?
Posted by Zach Martin at 12:01 AM

Have you ever tried 312 Urban Wheat Ale? One the best beers that Chicago has produced, along with other beers made by Goose Island. Also Schlitz is made in Milwaukee, not Chicago. So as the Bulls beat the Celtics tonight, you can actually drink a CHICAGO beer.

My response to this Top Ten is this:

Second City refers to the Chicago Fire of 1871. Practically nothing was left so the city had to rebuilt; the second city.

Sorry to be a bookish loser but inferiority complex is ridiculous. Every city wants nothing to do with any other cities supposed greatness and New York only gets the most grief because they are the biggest city on the map and contain pretty much all of the newsmedia in the U.S.

No offense, no chemistry, no commitment, no win.

Oh yeah and Goose Island has some great stuff.

Seriously though, this was a blast and I can't wait to partake in more friendly inter-city bashing.

Also, your point about how the Bulls were sweating out the 2008 draft lottery while the Celtics were dispatching with the Pistons and going on to win another World Championship is absolutely valid. But it would have more bite if the Celtics hadn't been stuck sweating out the 2007 draft lottery . . . just one year before the Bulls' turn in the lottery (and if Bill Simmons, Bob Ryan and other obnoxious Boston-centric media talking heads hadn't had a collective meltdown after the Celtics failed to land the first pick in 2007).

And as for the thing about Boston being the city that started America, I thought that Philadelphia was the city that gave rise to America. After all, it was at the Second Continental Congress in Philadelphia that independence from Britain was first declared. And the Second Continental Congress was where Thomas Jefferson drafted The Declaration of Independence. And Philadelphia was the biggest and most important city in the colonies in 1776. Perhaps more importantly, Philadelphia served as the nation's first capital, and it hosted the Constitutional Convention of 1787: the event which produced our nation's Constitution -- the very foundation of America.

Don't get me wrong: the Boston Tea Party was a huge deal. Anger over unjust taxation was the idealogical spark that fueled the Revolutionary movement (i.e., "no taxation without representation). But Patrick Henry's "give me liberty or give me death" speech (which he delivered in Richmond), and Virginia's corresponding entry into the Revolutionary War were seminal idealogical factors too.

So although Boston played a central role in the Revolutionary movement and in the battles of the Revolution, Philadelphia's legacy of having hosted the Continental Congresses and Constitutional Convention -- and as such, having given rise to the Declaration of Independence and the United States Constitution -- as well as having served as the nation's first capital gives Philly the nod as the city that "started America."

As an aside, St. Augustine, Florida, was the first city to be established in the colonies. So, an argument can probably be made that St. Augustine is really the city that started it all (at least until Philadelphia came along and gave us the Declaration of Independence and the Constitution).