Top ten things (I think, I think) we know about the Bulls

10. This play - and the subsequent reaction it caused - is the highlight of the season

9. The new announcers are fantastic 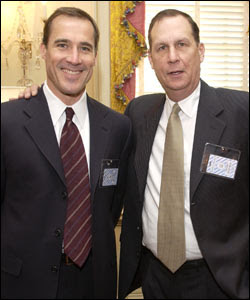 Sure, one of the blogosphere's chief rules is never compliment a) ESPN, b) T.V. announce teams, and c) Boston sports. We get it. And yeah: the vast majority of play-by-play guys and color commentators take something away from the game rather than add to it. But not Neil Funk and Stacey King. I'm not sure if this is the prevailing public opinion or whatever, but I really think they're far and away the best set of announcers in Chicago. That is, at least, until Hawk and Steve Stone go nuts this summer. 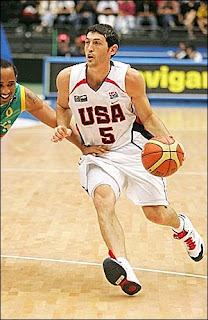 After a stinker of a season last year, Bulls fans - and probably 29 other general managers, too - began to sour on Captain Kirk. But please remember that he's still one of the Bulls' best players. He may not be worth $10 million + a year, but the Bulls would be in better shape if he was getting minutes ahead of Larry Hughes and Lindsay Hunter. 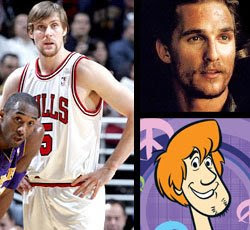 Nothing makes the collective blood of Blog-a-Bull boil more than going small, and that usually means seeing Andres Nocioni manhandled on the glass. Need proof? Look no further than the 27 rebounds Marcus Camby snatched up on Dec. 17.

6. VDN is (most likely) clueless 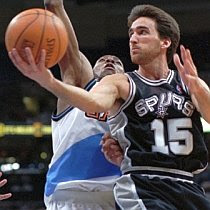 Maybe we should have seen this coming. After all, Del Negro hadn't been a coach anywhere ever before John Paxson gave him the keys to the franchise. His lineups have been questionable, the team plays no defense (more on that later), he hasn't figured out how to get Luol Deng involved (this too), and we know no more or less about Tyrus Thomas and Joakim Noah than we did at the beginning of the season. 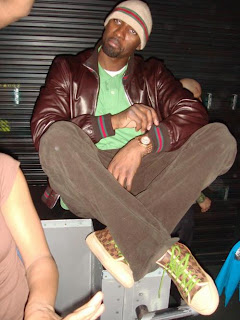 I've never been a huge Gordon fan - you know, there is something about 6-1, one dimensional streak scoring shooting guards that tends to rub me the wrong way - but his performance this year has been undeniable. Gordon is on pace to set career highs nearly across the board, and even his D seems to be a little less sucky than normal. 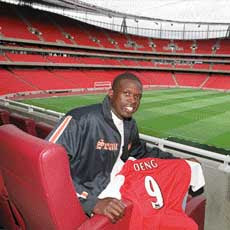 Yeah sure, he's a great person. So was Mother Theresa. It doesn't make him a useful basketball player. This year, Deng has been anything but: while he has been battling nagging injuries throughout the season, Deng is following up a disappointing 07-08 campaign with a season much, much worse. Hey Luol, would it kill you to make a jump shot every once in a while? Just curious.


3. This team plays no defense 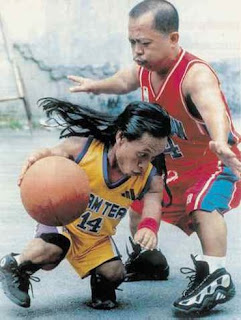 From _rew Goo_en to An_res Nocioni - and, yeah I hate to do this, even _errick Rose (see what I'm doing here guys!? Not even Z-Dubs is this clever) - the Bulls have proved to be one of the worst defensive teams around. And to think, basically the same crew (minus the best player) won 49 games two years ago on the strength of Scott Skiles' doberman-like D. That's not to say Skiles shouldn't have been fired - I think the timing was correct; the players seemed to tune him out - but virtually all of the success the Bulls had a few years back should be pinned on the coach. 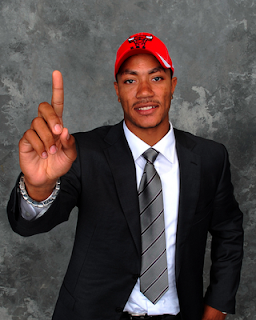 Words cannot describe how much I love this kid. Does it make me feel slightly bad about myself that he's two years younger than me and will make more money this year than I'll make the next three decades? Sure, maybe a little. But still: what is not to love about D-Rose. He's so amazing already, it's easy to get carried away thinking about how awesome he'll be as the years go on. To wit: when Rose calls it a career, I already feel safe saying he'll be the second best Bull of all-time. Also, if I were to get a tat right now, I'd probably go with the sick Englewood ink Rose has on his forearm. Then, finally, I would feel like I have some street cred. 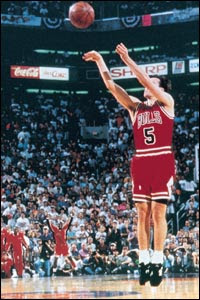 Really, I don't even care what it is at this point. But after watching the same problem (lack of inside scoring) kill this team for the better half of the decade, I think it's time to loosen the grip on the old core and make a move. The Bulls have some talent: Hinrich and Noce could be desireable to a lot of teams and, who knows, maybe even Larry Hughes (he of the expiring contract in 2010). This Bulls team, as always, is just so flawed. If only Kenny Williams could GM for every Chicago team, I think we'd be in better hands.
Posted by Ricky O'Donnell at 1:35 AM

That Kirk picture in the Team USA jersey surprised me so much, I thought it was photoshopped at first.

I guarantee that if you had that sick Englewood tattoo, you'd still have your iPod headphones securely in hand.

The thing I know most about this team is that it'll never win with DelNegro as its head coach. The only person on the team that takes him seriously is Rose, and that's only because he doesn't know any better.

I'm hoping they pull a Chicago Blackhawks next season. About ten games in they fire DelNegro and hire someone with credibility.

It's going to be a long season.

Oh and by the way, I'm not sure if you saw last night's game, but check out this little nugget from ESPN's Daily Dime:

TUESDAY'S WORST
Andres Nocioni, Bulls: Even though the Bulls beat the Kings, Nocioni gets this spot because he squeezed off 11 shots in just 12 minutes of action, missing 10 of them on the way to a three-point performance.

Ha, Matt my dad loves Noce, as soon as the game yesterday ended I emailed him that line. God is he awful.

Here's a pic of that tat:

Off the hook, right?

Not even Z-Dubs is this clever...

Pat Foley and Eddie Olczyk on Blackhawks telecasts are the best in Chicago hands down.

Stacey King has improved, but still brings little to nothing to the game.

KW of the southside douches is anything but desireable...if only you could get fired from blogging, i'd say fire yo ass!