Top Ten Wide Receivers the Bears Should Be Going After

How did we end up winning that game last night?

For the majority of the second half, Orton looked absolutely lost. The defense played great, but they were on the field 95% of the time. But then, a lot of guys stepped up when we needed it most to get the 'W'. Olsen, Orton and Hester were crucial in the last three Bears drives, not to mention a ridiculous grab by Brandon Lloyd.

Last night's highlights aside, it's no secret the Bears need some help at wide receiver. So being the nice guys that we are, here are the Top Ten they should be going after at the end of the season. 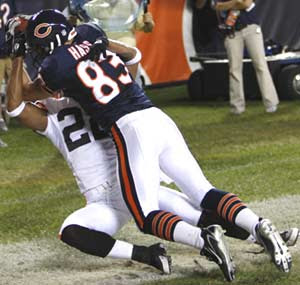 Basically a free agent because Lovie and his band of misfits won't ever let him see the field! How could you possibly know what you have if you don't ever give Haas a shot? 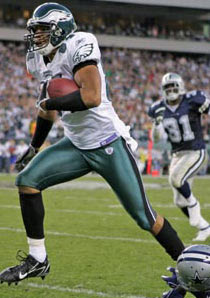 Known more for his recent engagement to ‘Girls Next Door’ star Kendra Wilkenson, Baskett would be the equivalent of a poor man's Bernard Berrian. 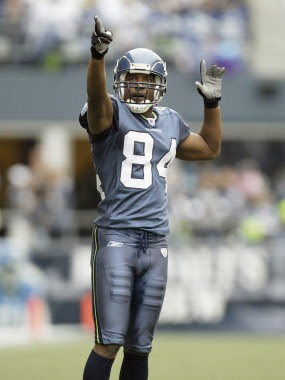 Making a return trip to the Windy City would be interesting for Engram. Entering his 14th year in the league, Engram had 1,147 yds and six touchdowns two years ago for the Seahawks. Is that something you might be interested in? 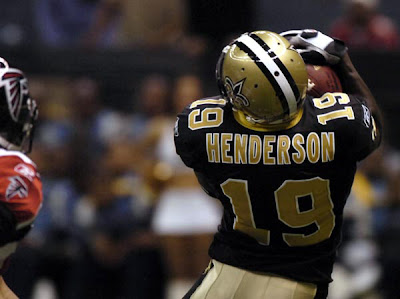 Another deep threat with questionable hands, Henderson has had his moments with the Saints. Not sure I really like him for the Bears because he seems to be more about finesse than toughness. 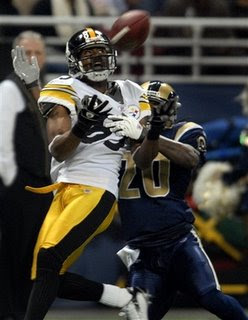 Throughout his career he's had his fair share of the drops, but Nasty Nate is the kind of deep threat teams drool over. He'd thrive being the Bears most targeted receiver. 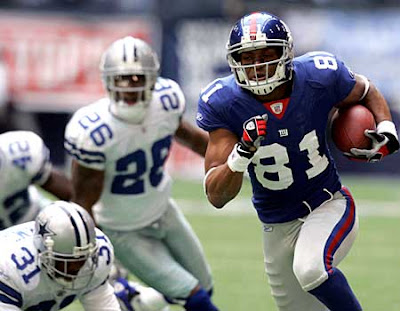 The grizzled vet is used to playing on the biggest stage and has helped Eli Manning develop into one of the league's best quarterbacks. Could he do the same for Orton? 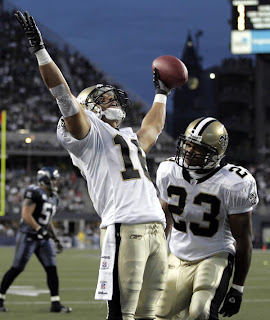 The short speedster would basically be a more polished version of Devin Hester. It'd be nice to watch a wideout work that knows how to actually find the soft spot in a zone defense. 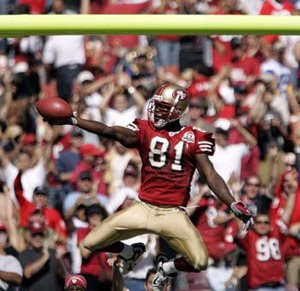 Where the hell has this kind of production been hiding? And it took a Jeff Garcia to unearth it?

Bryant has put a stranglehold on the starting gig down in Tampa that was previously held by Joey Galloway. All Bryant has done this year is amass a ton of yardage and make big grabs for the NFC South contenders.

He’d give the K.O. kid a dependable set of hands, a commodity this Bears team is sorely lacking. 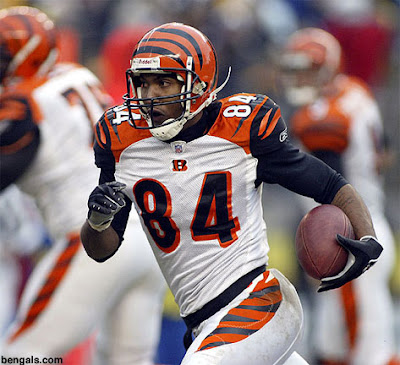 He'd finally be outside of the black hole of football that is the Cincinnati Bengals. Housh would instantly become a fan favorite and would flourish on a team that actually can win a ball game here and there. 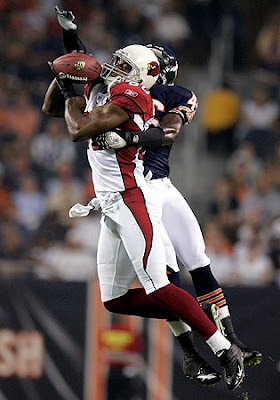 The unquestioned number one target for the Bears this off-season is Anquan Boldin. This guy is a freak of nature that’s been one of the game’s best wide receivers since the day he donned an NFL uniform in Arizona .

The very much under-appreciated Boldin would relish the support Bears fans alone could offer, along with a handsome new contract from Jerry Angelo. He does it all and would make everyone around him better, most importantly Kyle Orton.

I wouldn’t hesitate to give up a first and fifth round pick for him. Pull the trigger Jerry and for once, give the fans what they want and what your team needs most.
Posted by Matthew Olsen at 7:21 AM

And it isn't just a tremendous skill set that Boldin would bring, but also some real toughness to the receiver position.

Pepster, was that you or Ron Jaworski saying that phrase? Just kidding man, but Boldin really is tough as nails. To have those fractured bones in your face and come back a couple weeks later and still go over the middle is ridiculous.

The top three on the list make sense but after that the list is a joke, none of those other receivers are any better than the one the bears already have.

oh no, it's anonymous commenter guy again. watch out, he doesn't use a name. even if he, or she as far as you know, uses their real name, or a name like Soxblowmariotti, it isn't going to give you ttcs guys a better chance of figuring them out. anywho, on to my comment.

if you put better receivers on a team, you had better make sure that said receivers have a quarterback that can throw them the ball, an offensive line that isn't old and broken, to block for the qb and a defense that can stop the other teams offense.

the bears have good receivers, a good qb, a decent line and a defense.

now if they all meshed well together it'd be something.

so get rid of the older fuckers on the line, tell the d to start playing smash mouth again and give the qb a bottle of Jack and let him have a field day.

and please, make no comments about how well the "d" shut down the saints late in the 4th quarter as an example of how good they are. the blew a 21 point lead and just about lost the fucking game.

You had me up until "the Bears have good receivers." Um, no. How many crucial drops has Rasied Davis made this year? Tons. Really, the Bears just have a bunch of #3s. I'm totally with Matt here, find a way to get someone good by all means necessary. The thing that may prevent that is the salary cap though, with so much money tied up in the D.

I absolutly agree Boldin would be GREAT for the Bears !! Now all we need (other than a better O-line) is a general manager who "has a pair" and is creative enough to make it happen. Sorry, Jerry aint that guy !!

I apologize, I should have clarified from the beginning that everyone on the list besides Boldin will be some form of a free agent next season.

Boldin was included because he made it known publicly that he'd like to be traded.

And Plax would be a steal if we could somehow figure out a way to break him out of prison. Gotta love those mandatory sentences out in New York.